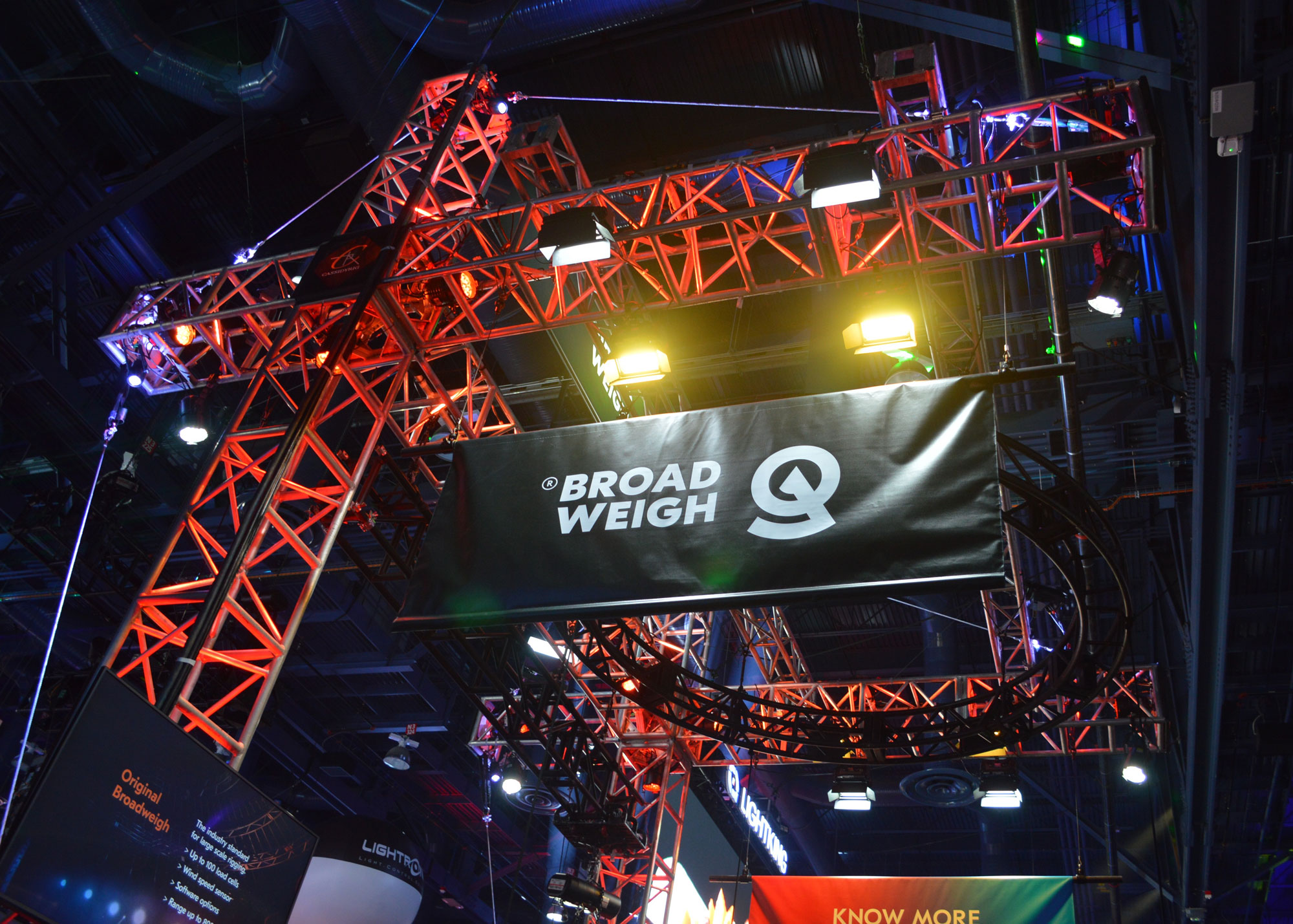 LDI is the leading conference and tradeshow for live design professionals from all around the globe.

More than 14,000 members of the production community, working in a wide range of international live and broadcast venues – festivals, corporate events, theatre, concerts, clubs, theme parks, architainment, and houses of worship, gather each year in Las Vegas to learn more about the latest industry developments. Those who exhibit know the eyes of thousands of decision makers and influencers are on their booths – and not just looking at the products – but at the creativity and innovation that goes into making their booth stand out from the crowd.

This was Broadweigh’s first time exhibiting at LDI, so we put our booth in the very safe and knowledgeable hands of Dan Cassidy, MD of Cassidyrig who created an outstanding, eye-catching space that attracted visitors in their droves.

We spoke to Dan to find out more about how he met our very challenging brief.

1. Dan, for people who didn’t make it to LDI can you describe the structure on the booth and give us a bit of an idea of the whole visitor experience?

Yes – we really wanted to think out of the box so to speak for the Broadweigh stand. The idea was to create something that would lure people in with curiosity and create the ability to have a hands-on experience. The booth structure consisted of a cantilevered ‘crane-like’ truss design which allowed us to maximise the creative use of loadcells in the theatrical rigging environment. Visitors were able to get up close to the kit and had the opportunity to physically touch the loadcell hardware as well as being able to play around with the various applications with real time effects.  View Cassidy Rig Plan (PDF)

2. In the context of the show environment, did the booth structure demonstrate anything particularly interesting?

Absolutely – in fact from a rigging viewpoint we were really able to push some boundaries. The unfortunate reality of having minimal venue capacity above the booth pushed the creative wheels forward, forcing a ground supported structure that brought all the working pieces down to a user level – a very rare thing in theatrical rigging. This allowed everyone to process the intricate rigging system installed while also observing the value and ability to monitor loads in real time – creating a safe work environment.

3. How did our load cells help you to achieve that?

The load cells were in use and applied to various rigging applications where one might not have considered a load management option. This created a unique awareness, proving the point that being aware of all loads and tensions will at some point become an industry standard.

4. You got a structural engineer involved and displayed the plans on the stand – why was that important to you?

At Cassidyrig, we always and without fail, get the leading entertainment engineers to review our plans – it’s just standard protocol for us. Our due diligence focuses on many details of the design, load distribution and onsite application. Having an engineering stamp of approval indicates our plan has been thoroughly reviewed and guides us down the road for a safe and proper installation. With the use of Broadweigh load cells we were able to accurately identify the current loading conditions and mitigate any instances of overloading to the building or any portion of the rigging hardware.

Fortunately, the engineering companies are accustomed to Cassidyrig installing a considerable amount of load cells, creating the transparency in areas of concern. In addition to transferring load information with engineering simultaneously, allowing for safe and effective onsite changes and/ or modifications.

5. What was your favourite part of the structure and is there anything you would do differently in hindsight?

The guy cables necessary for the integrity of the structure was definitely something we wanted to exploit. Such an integral part of any ground supported structure, especially in the outdoor environment, with the ability to adjust the tension to match the engineering reports – it generates a confident and safe approach…though the centre of gravity and rolling dynamic demonstrations were pretty cool and effective as well. I think under both the circumstances and budgetary restraints, not to mention being a first time exhibitor, we hit it out of the park!