The Broadweigh portable wireless system offers real-time, simple, effective and accurate load monitoring for rigging professionals, safety officials and site managers enabling them to monitor and log the precise loads on any given rigging point. 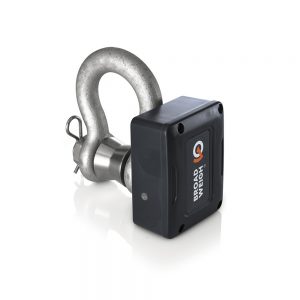 Central to the design of the Broadweigh system are shackles equipped with a high accuracy, wireless load pin that reports data remotely to a computer or a handheld display. The system is able to monitor multiple load cells and can trigger an alarm should a load exceed a preset parameter.

“A wireless load cell system was a natural progression, as wireless systems are anticipated to be very popular for dry hire use in all venues of live music, as well as being used for weight report services where time constraints are an issue at load in,” says Colin Luke, Operations at Load Cell Rental.

“Demand is on the rise due to the increasing weight of touring productions, as well as CDM regulations enforcement coming into play within the industry. Broadweigh products have a reputation for robustness, and the simplicity of the load cell shackle and minimal effect on trim height was a major attraction.”

Load Cell Rental’s Broadweigh kit has already been used for a weight report for a major US pop artist’s recent UK tour. The load cell telemetry worked well throughout the venues and they were used to record dynamic loads for a number of automated set pieces.

“The software is easy to use, once you have used it once,” says Colin. “Production specifically requested a wireless system in order to ensure load-ins and load-outs were not delayed by the service, and were pleased with the performance of the system and its ease of installation.”

A.C. Rigging’s Matthew Millward, who facilitated the deal with Load Cell Rental, concludes: “With the growing scale of rigging in today’s productions, it’s a great comfort to know that load monitoring is beginning to become the norm for mid to large scale production companies.”