Broadweigh’s new Advanced Handheld will make its first appearance at PLASA this year. Visitors to the stand of Broadweigh’s product partner A.C. Entertainment Technologies Ltd (E30) will be able to demo the product which has been entered into this year’s PLASA Awards for Innovation 2018 as well as finding out more about the other items in the Broadweigh range.

“We have an exclusive corner of our booth dedicated to Broadweigh products this year. We are including around 24 cells in the main grid of our overhead truss which will be shown as a live demonstration on our tablet PC along with the new Advanced Handheld. We’ll also have the Broadweigh Wind Speed Sensor in action along with another Advanced Handheld. “

The Advanced Handheld brings an additional level of portability to the Broadweigh system by expanding its standalone monitoring capabilities. The device allows users to perform advanced operations with load shackle readings without the need for a PC and base station. With a range of up to 800m, the Advanced Handheld is compatible with all existing Broadweigh shackles and can be configured to either roaming inputs, pre-defined inputs or summing groups.

“We’re really excited to get some feedback on our new Advanced Handheld. The demos on the A.C. Entertainment stand should give potential new users an idea of just how nifty a piece of kit this little device is. We have designed it as a solution for riggers who can quickly and effectively monitor data on the ground without having to return to the site office or carry a laptop around with them. This is the only entertainment specific wireless load monitoring handheld of its type on the market today and we’re certain our customers won’t be disappointed.”

The Broadweigh Wireless Wind Speed Sensor (BW-WSS) allows users to monitor wind speed in conjunction with actual loads in one simple monitoring system. It measures wind speeds over the range of 5-125 mph and can be configured to provide readings in a number of standard units including mph, fps, km/h and m/sec. It can transmit average windspeed over a pre-set period but users also have the option of a 1,3, 5 or 10 second gust value.

“As well as the new Advanced Handheld and the Wind Speed Sensor, we will also have 3.25t and 4.75t shackles on display and we hope to also give a sneak preview of the Twist Link which is due out later this year. Broadweigh’s range of accessories – cases, inserts, relay modules etc – will also be available for visitors to our stand to see.”

“2018 has shaped up to be an incredibly exciting and busy year for Broadweigh and the year ahead looks to be equally promising. Our Twistlink load shackle is due for launch by the end of the year and we’re really looking forward to the release of Stratus – our cloud platform which will offer internet based access of shackle and anemometer data collection anywhere, anytime. We’ll also be launching Broadweigh Blue in 2019 – a Bluetooth shackle which transmits high quality load data to our Broadweigh Blue app.” 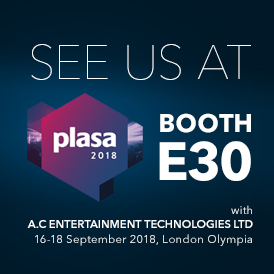