Broadweigh is once again the load monitoring system of choice for City Folk Festival 2020. Subject to COVID restrictions, the event is scheduled to take place on The Great Lawn at Landsdowne Park in Ottawa between the 12 – 15 September.

“I was brought on board by Scott Pollard, technical director with City Folk Festival. We’ve worked together on various projects since 2012. For City Folk we’ve been contracted to provide load monitoring on all hung points within the festival, between the Stageline main stage as well as a B Stage inside Aberdeen Pavilion (a historical exposition hall adjacent to the main stage). Windspeed monitoring has also been requested on the outdoor main stage to allow continuous read outs inside the production office located directly behind the main stage.”

Michael continued: “Outdoor stages always pose a heightened risk towards high winds. The biggest challenge is that, as with any outdoor festival, there are many moving parts to co-ordinate, including making sure weights hung within our structures are within engineer approvals and also monitoring anticipated upcoming wind forecasts as well as real time wind speeds across the site. These components all work together and impact each other, where daily forecasts might predict winds of a certain amount, more current meteorologist reports might suggest something more specific. We need a system in place on site that actually verifies the real time winds coming in which may be above what we may have been anticipating so that we can act accordingly on that information.”

“A modular wind speed system which reports back to a centralised monitoring area is an essential tool for projects like this, to give the clearest picture on what speeds are actually being seen across site. The Broadweigh Wind Speed System plays a key role in all of this. Paired with its industry leading wireless load shackles, together they shed great transparency on two of the largest areas of potential concern with outdoor structures. Michael added: “The kit’s value really shows – both on the ease of setup as well as flexibility on configuration and overall modular scalability.”

“Having used Broadweigh’s kit for the past few years at CityFolk, the team have peace of mind that they can always stay one step ahead of the weather. It’s not always that wind speed is the trigger for a specific safety plan, however it’s the one tool we want in our toolkit when wind speed can be that determining factor and is an absolute must for anyone working the festival circuit.” 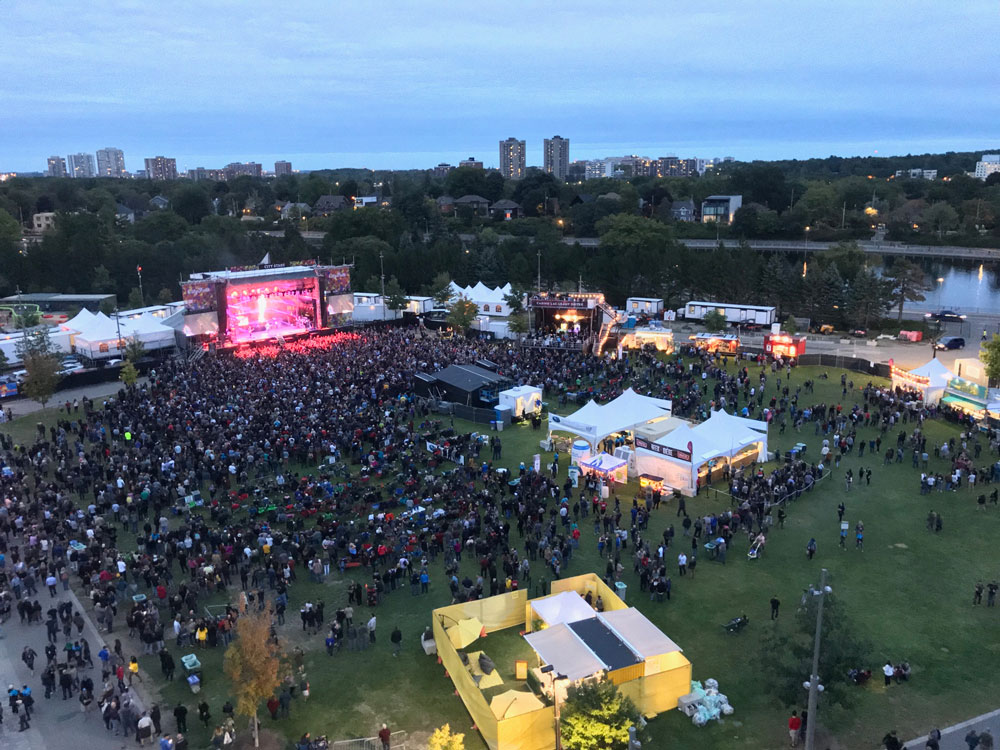 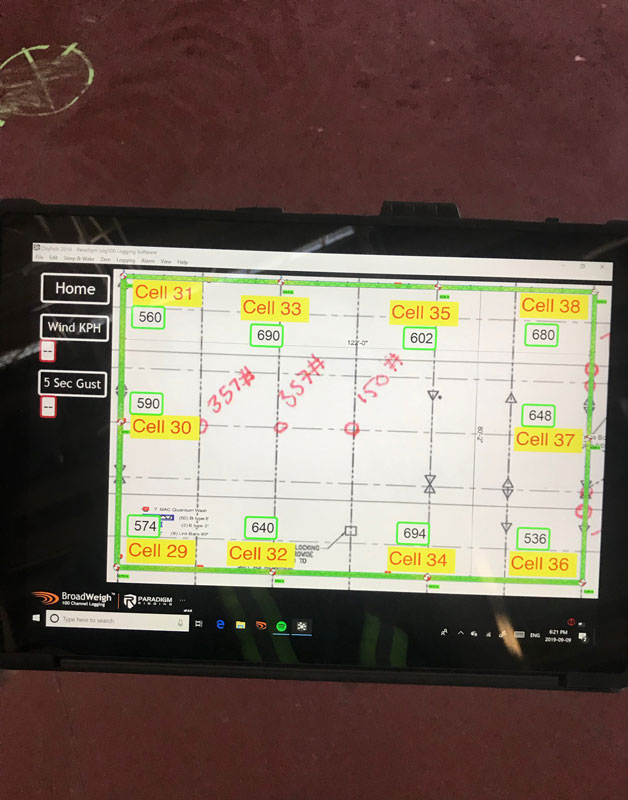