Skip to content
Broadweigh Provides a Little Something for The Weeknd

Broadweigh Provides a Little Something
for The Weeknd 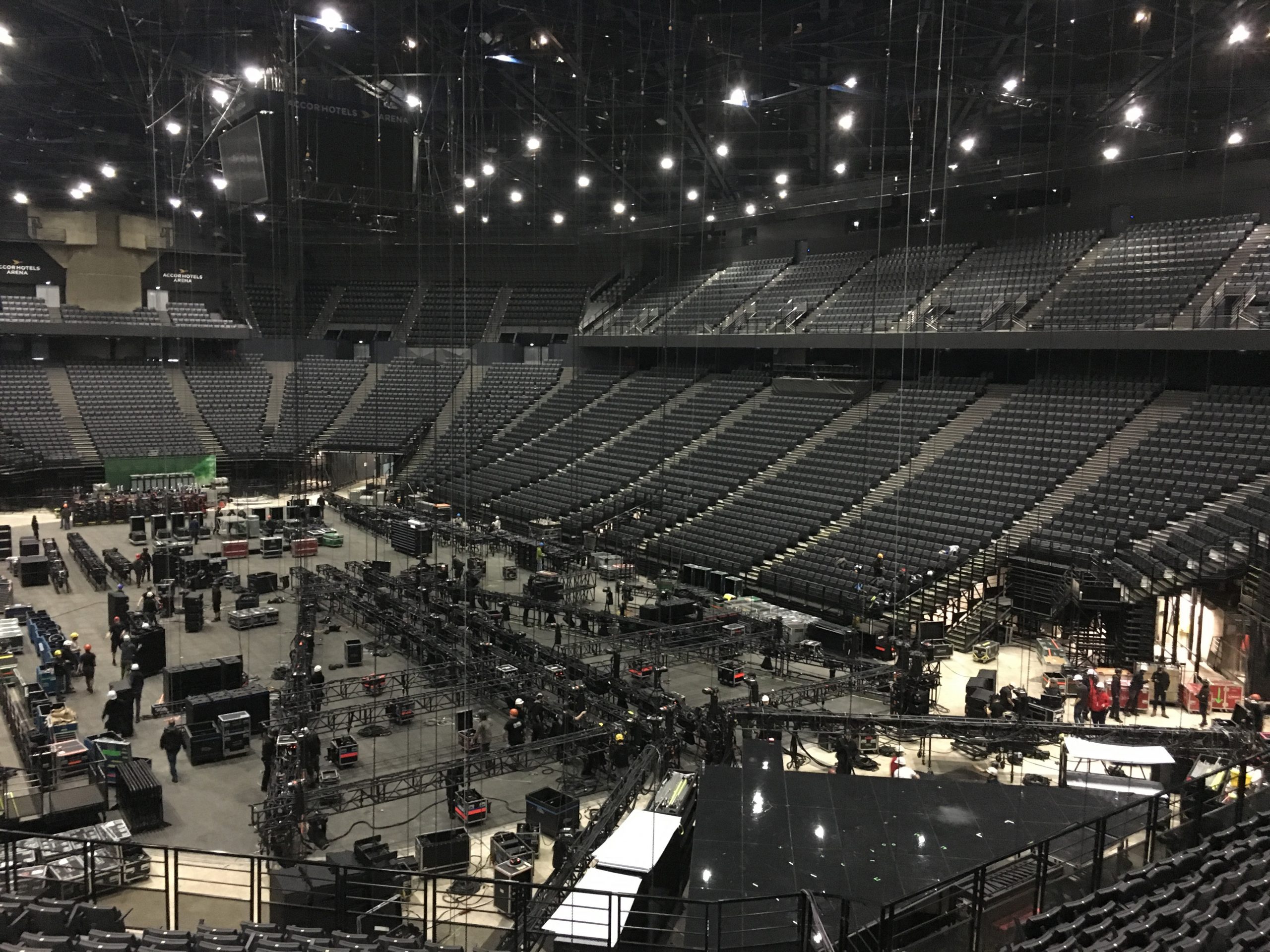 The Weeknd embarked on the first phase of his “Starboy Legend of the Fall” world tour in February. The Canadian musician kicked off the 46 date tour in Sweden  and will stop off in some of Europe’s biggest cities. The tour supports his latest studio album “Starboy” which sees the singer collaborate with the likes of Daft Punk, Lana Del Rey and Kendrick Lamar.

He explained: “A significant portion of the Starboy tour system is suspended over the audience with a dynamic load. We knew very early that having the load cells and monitoring the loads daily was going to be very important to maintain the safety of the audience, band and crew. The tour currently has 120 conventional motors that rig to the venue roof. There is a 70,000lb super grid that supports an additional 55 Tait Nav Hoists, all of which move during the show. We use the Broadweigh system every day to balance the super grid to ensure that the loads are distributed as they were designed to be. Being wireless, the BroadWeigh system is perfect – making this process very fast and efficient.”

The total weight of the Starboy tour is just over 130,000 pounds (approx. 60 tonnes) and as such receives a lot of attention from the reviewing engineers.

“One of the most common questions we receive from the engineers is ‘How were the weights calculated and were they calculated accounting for the dynamic loads'”, said Chris. “They love hearing that the weights were verified using a load monitoring system. They love it even more when they learn we are travelling with a load cell system. Having the Broadweigh kit on tour with us has minimized a lot of the engineering challenges.”

The wireless nature of the Broadweigh system makes it extremely fast and efficient to deploy both on touring shows and one off events. Chris loves the modularity of the system and the mapping function. Having multiple base stations and a visual map makes it quick and easy to deploy and navigate the system. This flexibility allows the rigging team to have multiple departments managing loads at the same time during installation.”

Chris added: “Wireless load cell monitoring is not only growing in popularity but is growing into a must have. For the Starboy tour, preliminary loads were calculated while many of the flown elements were still being fabricated. As the elements were delivered and designs evolved, the load cells provided a level of accuracy that allowed us to make the needed adjustments to safely tour this show. It is a significant piece of mind, knowing precisely the load that each motor is receiving. We can all sleep better at night.”

He concluded: “We can’t say enough great things about the Broadweigh system. It is wireless, dependable, intuitive, accurate and cost effective. Broadweigh has developed a product that removes all the objections that we have faced in the past about using load cells. Having Broadweigh kit on tour with us has truly become one of the best tools that we have and we use them every day”.