Broadweigh hits all the right notes
at Eurovision 2018

When the 2018 Eurovision Song Contest took place in Portugal’s capital city, Lisbon in May, BigRig Berlin GHmH chose Broadweigh to help monitor the loads. The event, held at the Lisbon Arena and broadcast to over 50 countries around the world, took months of meticulous planning – from infrastructure to logistics, engineering and health and safety. Ola Melzig, this year’s head of production on the contest approached BigRig to work as production head rigger for the event. At the same time, this year’s official technical supplier for lighting and rigging was Ampco Flashlight from Utrecht, Netherlands .Early on in the project, Ampco Flashlight was looking for a supllier that could provide a large number of wireless load cells and chose to rent through BigRigRentalGmbH. 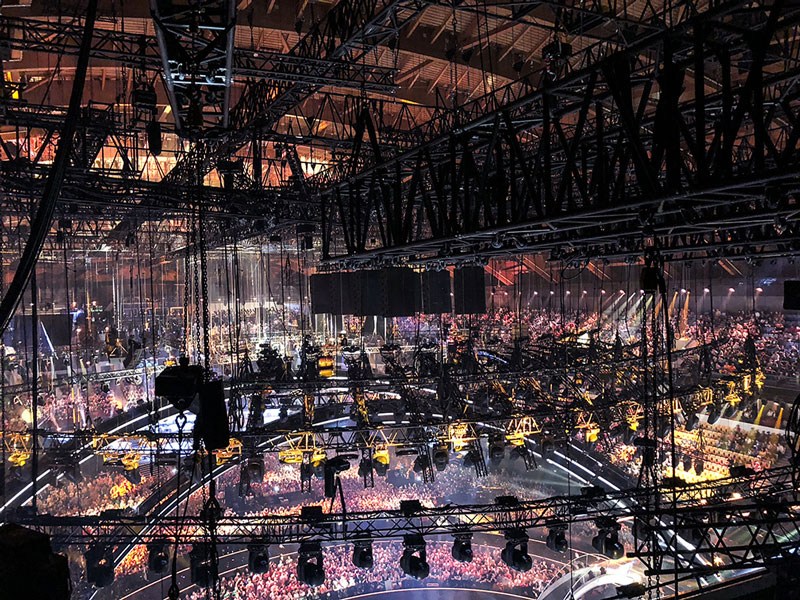 ” The total weight of this year’s Eurovision production stood at almost 220 tonnes. Besides the massive total, there were also some single objects that were very heavy too – the lighting back-wall alone was over 20 tonnes. The venue itself posed its own challenges. The distance between the suspension points on the venue mother grid was very small. In addition to that the venue mother grid in the Altice Arena is built out of a very rigid truss system. In this case a tiny difference in height of the suspension points could have caused a major deviation of load compared to the support reactions of the structural calculation. We knew that the only way to ensure the structural safety was to deploy a load monitoring system.”

“Every structural calculation is a theoretical mode of reality. Based on the design of a rig, many factors can cause a huge deviation between the calculated values and reality. These deviations can be a serious threat to the structural safety of the rig or even the venue’s roof structure.”

In total 177 3,25t and 4,75t BroadWeigh load cell shackles were provided for Eurovision and were used in three different parts of the production. 118 cells were used for the mother grid, 42 cells for the scenic elements and 15 cells for the lighting back wall. With the help of the BroadWeigh load cell read outs, Johannes was able to react to the above mentioned effects before the forces that exceeded the allowable maximum load could have posed a safety threat.

“With the Broadweigh system, no stone was left unturned in ensuring the safety of the event. One of the main benefits of a wireless system like Broadweigh’s is the short time that is required for installation and dismantle,” explained Johannes. “There are no cables that have to be linked between the load cells and the read out unit. Even in the case of Eurovision, where we had more than six weeks between load in and load out, this wasn’t a problem for the power supply which operated off two AA batteries. The Broadweigh kit was certainly put through its paces. It is a very well engineered system – the new transmitter on the latest load cell version has drastically improved the radio range too. The Log100 software is very versatile and allows everyone to easily programme their specific needs. The mapping view, where the readouts can be directly placed on the rigging plot, helped us immensely in keeping the overview at all times. It really was the right system for this huge, live-broadcast job.” 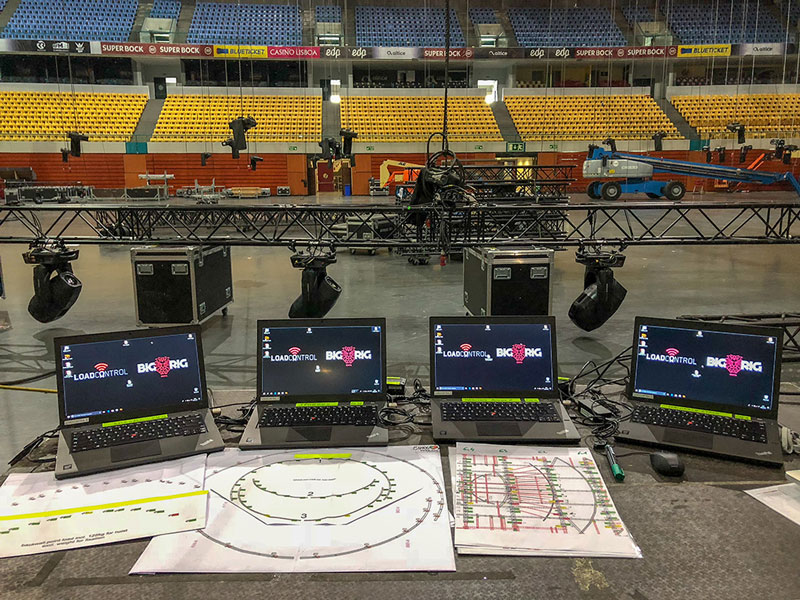 Broadweigh is designed and manufactured by Mantracourt Electronics, a world leader in the application of high precision microelectronics to many sectors of industrial measurement in fields such as aerospace, Formula 1 racing, construction and much more.

As a key technology provider to leading OEM’s for over 40 years, Mantracourt pride themselves on exceptional reliability, quality and support. Their load pins are manufactured from high tensile stainless steel with a rotating bobbin that centralises the load and minimises any point load effects. The market leading shackle completes the package to supply an exceptional wireless load monitoring solution for rigging professionals. 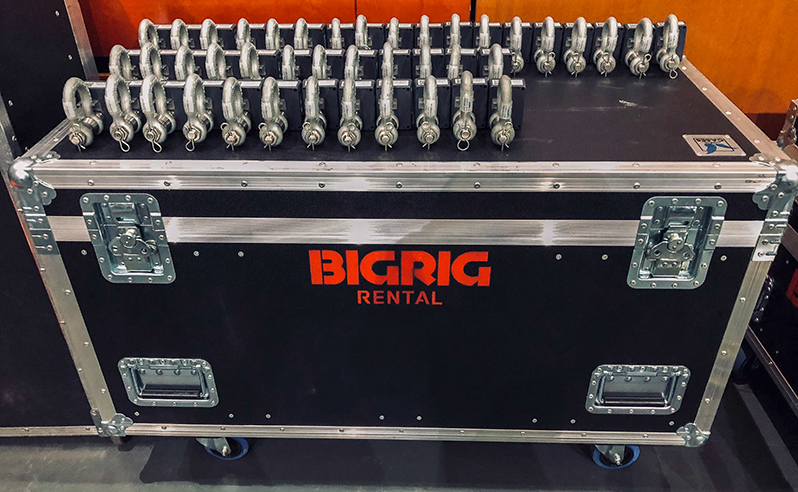 Broadweigh is one of the few wireless products of this type on the market that incorporates a high accuracy load pin with this unique low trim loss design. The system is fast and simple to use and offers an expandable format to suit individual requirements, simply by adding or subtracting wireless shackles or other acquisition devices. The Broadweigh receivers are also interchangeable and not dedicated to specific load cells.