AWS re: Invent is an event, held annually by Amazon Web Services. It is the biggest event of the year for Amazon’s cloud division, when customers and developers descend on Las Vegas. More than 30,000 delegates attended the 2017 event, held at The Sands Expo and Convention Center to hear Amazon Web Services executives announce new tools and share the stage with representatives from big companies touting their AWS usage. Due to the sheer size and scale of attendance, the event was held in two locations – the main key note presentation was at the Sands Convention Center with various spill over/ satellite events held at the MGM Grand Garden Arena.

The Sands Convention Center is historically known as a weight restrictive venue, despite being the second largest convention centre in the world when it opened across the street from the original Sands Hotel in 1990. For 2017 Amazon wanted a 400 ft high resolution LED wall suspended as their primary design and backdrop. Production company ZED Ink knew that with LED dimensions like these, the weight quickly adds up, so they brought Cassidyrig on board to assist with the project and monitor the loads.
Dan Cassidy, owner / founder of Cassidyrig Inc. explained:

“The sheer scale of this job in this venue meant that weight was a huge concern and that monitoring the loads really closely with BroadWeigh’s wireless load cell kit was the only option. We were rapidly exceeding the capacity of the venue’s allowable loads. With a high demand for a moving light presence over the stage too, we had to incorporate a significant amount of additional weight in the already overloaded area. We brought engineering firm Clark/ Reder on board to monitor our progress and ultimately seek additional loading capacity where possible.”

“We were having to make direct wire rope connections, with additional wire rope bridle connections and several spanner/spreader truss configurations. The weight for rigging hardware alone started to add up fairly quickly. It was hard to even consider adding more and more weight to help distribute the load in the ceiling.” 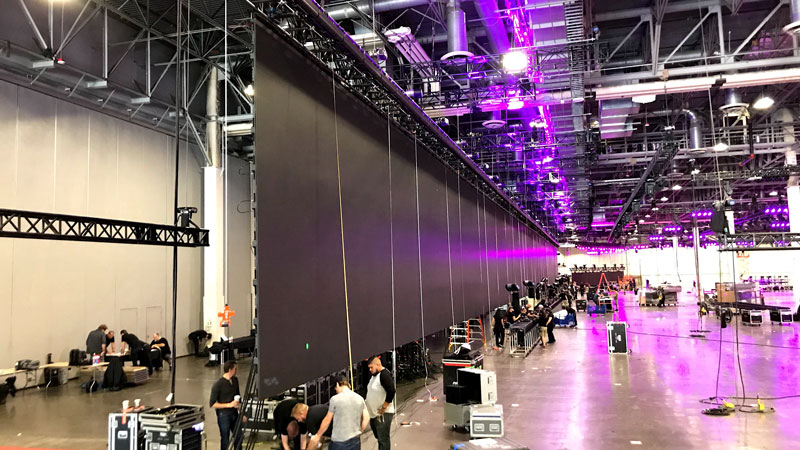 After several discussions with Clark / Reder, additional, yet minimal venue loading capacity was granted. Dan and his team ran models for the engineered loads submitted, but there were several beams being overloaded. The spanner trusses started to play a crucial role in distributing vertical weight and maintaining a reasonable rigging elevation but even then, Dan was concerned that they were now overloading the specifications for the 20.5″ spanner truss at various spans.

“Having a BroadWeigh load cell at every hoist was critical, and we also monitored the spanner truss connections as well. Where the spanner capacity was being compromised, we installed heavy duty turnbuckles with load cells. This process allowed us to minimise the spanner and adjust the loads properly throughout the spanner truss and ultimately to the venue steel. When we were given the final maximum loading plan, there was no room for error or deviation. The BroadWeigh kit really came into its own at this point.”

Thanks to BroadWeigh’s wireless load cell monitoring, Cassidyrig was able to literally fine tune numerous crucial attachments. The load cells monitored the actual weights of all LED and surrounding trusses, the actual connections to the building rigging steel and the turnbuckle connections in addition to fine tuning loads.

“The entire show came in around 220,000lbs/ 100 tonnes,”said Dan. “The LED portion and the surrounding lighting truss was 105,000lbs, all monitored by BroadWeigh load cells. This kind of concentrated loading is significant in a venue with such limitations. The show generally comes in at 150,000lbs, so this was a dramatic increase on previous years.” 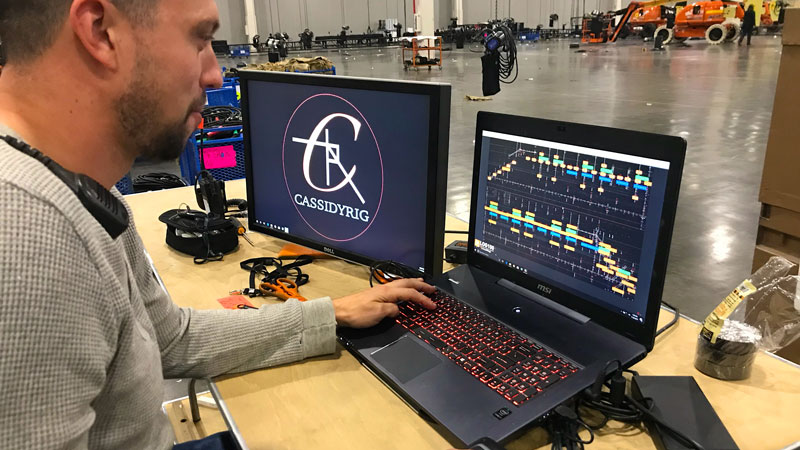 “Thanks to the ability to monitor the loads so precisely, we were able to deliver an event which fulfilled all the criteria set by the customer, while also ensuring, as we always do, that safety remains the number one priority,” said Dan. “Cassidyrig is a firm believer in BroadWeigh load cell products and I am constantly preaching the value of the kit to others. A Cassidyrig standard rule is, if any portion of the venue or hardware used reaches 85% of a SWL/ allowable load, it triggers a mandatory review/ incorporation of load cells.”

In this specific instance, Dan is convinced that with the scheduling restraints and trim concerns that were in play, if this was a wired system, or any additional trim loss was incurred, it would have created significant issues onsite.

“I was extremely insistent that to achieve such a task, we would need to incorporate a load cell system. Fortunately Cassidyrig and Zed Ink have a very good working relationship. There are many years behind the conversations and trust that had been built up – they supported my decisions throughout the projects. Needless to say we ‘hit it out of the park’, so to speak. Throughout the job we ensured a safe working environment, caused no structural damage to the building and didn’t at any time exceed the safe working loads with rigging hardware. Everyone was hugely impressed and really branded the BroadWeigh system and Cassidyrig onsite.” 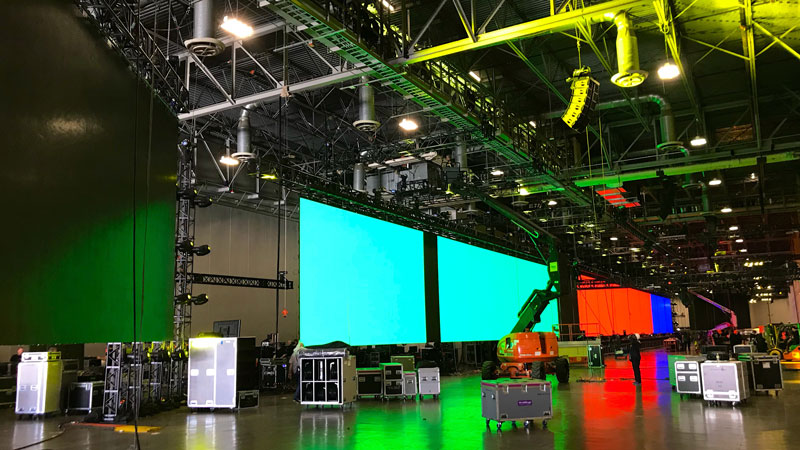